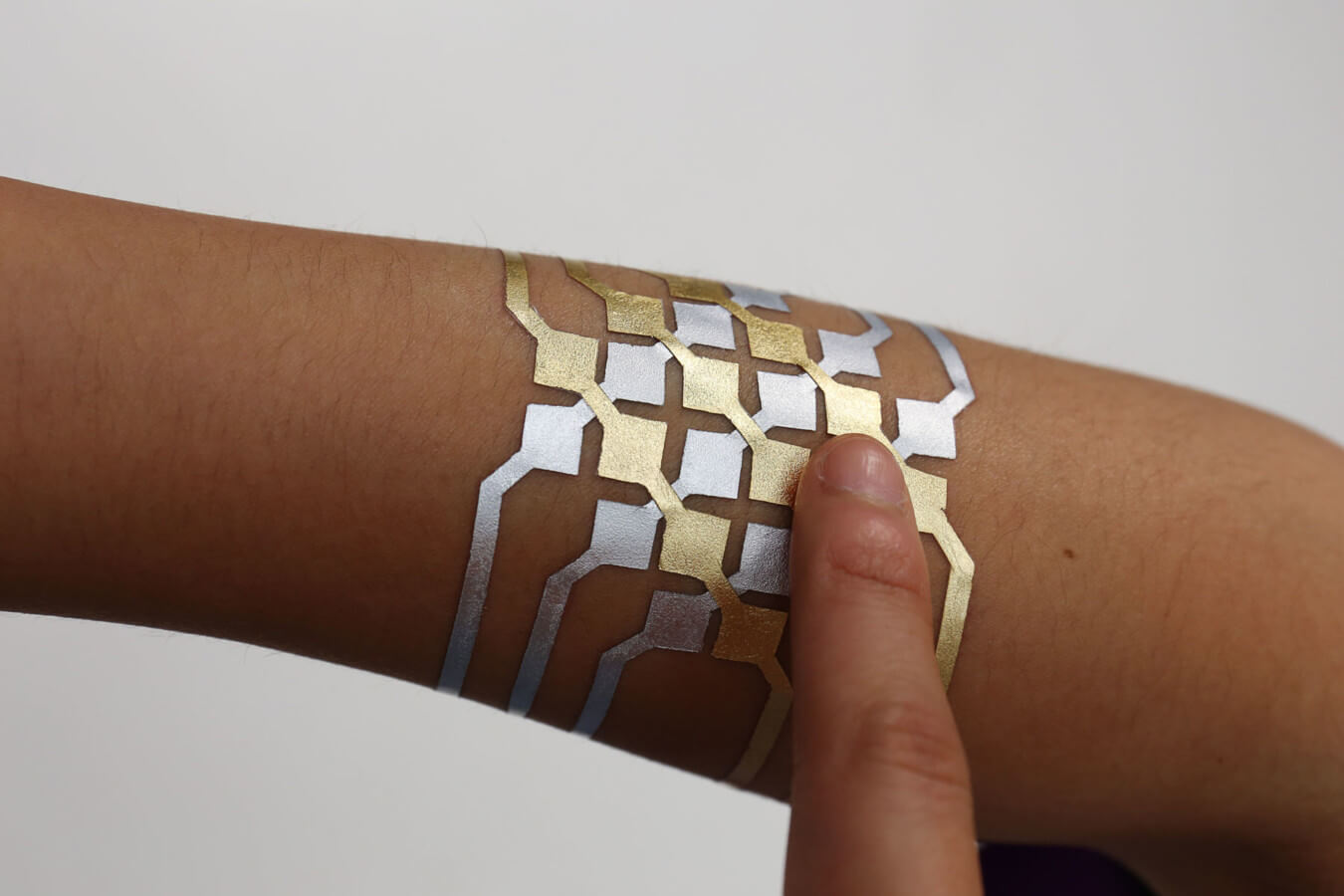 Wearable devices have gained popularity in the recent years with the launch of smart watches like Apple Watch and Nike Fuel band. These devices record the user’s health data including calories burnt, pulse rate and exploit latest analytics techniques to offer insights into the person’s health. Medical tattoos are new wearable devices that are grabbing the front page headlines and has gained the attention of the medical researchers worldwide.

Most of the tech tattoos make use of a conductive material to connect the microcontroller with numerous sensors held within a flexible tattoo format.  Tattoo’s frame contains inertial sensors and a gyroscope to monitor movement, and well as different integrated chips to keep a watch on the electrical activity of muscles and heart. The tattoo is also able to communicate the data to a remote server through Bluetooth LE, which works in the frequency range of 2.400–2.4835 GHz ISM band and has 40 2MHz channels.

The researchers are devising a method to join electronic components without the need for soldering, ultimately making the elastomer film thinner and more flexible. The black print lines that can conduct electricity onto a nanosheet. Conductive black lines are then connected to components such as chips and LEDs by sandwiching them in between two nanosheets – without the need for special conductive adhesives.
Researchers at the University of California, San Diego, have been able to develop a tech tattoo that powers itself from the user’s sweat.

How do they differ from traditional wearable devices?

Wearable devices have been in the market for a long time now. But, combining the functionality of wearables with pure aesthetics of traditional tattoos is a fresh idea in the health sector. Medical tattoos have a similar function to wearables like FitBit or Apple watch, but they are easier to wear. Being attached to your skin, they are far less cumbersome.

Typical medical tattoo weighs only 0.2 ounces. They are not bulky as compared to other wearable devices. They will be cheaper to produce, making them as affordable as dumb temporary stick-on tattoos.

Researchers around the world have been burning the midnight oil to replace traditional wearable devices with cool, temporary, tech tattoos. These tattoos have a lot of potentials and can be used in many applications.

Microsoft Research and MIT’s Media Lab, have collaborated on a project named Tattoo, which could act as an NFC tag for your digital identity. Extras like LEDs and vibration motors have been added to mimic the functionality of devices like smartwatches. Thermochromic paint allows heat activated color changing tech accessories.

Medical tattoos are also being designed to measure blood alcohol levels in a quick, inexpensive and non-invasive way. A thin gel strip on the tattoo induces sweat on the skin and an electrochemical sensor which measures alcohol concentration before it sends the info to a smartphone via Bluetooth.

A stick-on nano tech tattoo has been developed at Tel Aviv University which is capable of reading the wearer’s facial expressions and emotions. It can also be used to monitor the muscle activity of individual patients with neuro-degenerative diseases.

MC10, in partnership with L’Oréal, has designed a tech tattoo to quantify the damage sun is doing to their skin. The UV Patch is a stretchable, ultra-thin sticker that’s loaded with a series of dyes that change color depending upon exposure to light. Users can then take a picture of the patch with their smartphone, with a companion app calculating how much damage they’ve silently endured.

Universities and companies working in the field of bio-wearables

University of California, San Diego: Scientists at the University of California at San Diego also developed a temporary tattoo — which is self-powered by making use of person’s sweat. Lactate, a substance present in sweat is measured by the tattoo through an enzyme. A typical lactate measurement undertaken by Athletes and patients requires a blood test. The tattoo could also collect electrons from the lactate and generate an electric current.

They have also developed a tattoo to measure blood alcohol levels and monitor it for 24 hours.

Advanced Institute of Science and Technology, Korea (KAIST): KAIST developed a temporary tattoo using graphene, an ultra-thin material that’s both flexible and sturdy. The material, which sticks to your skin just like other medical tattoos do, acts as a sensor for vital signs, as well as offering an attractive design.

Chaotic Moon: Chaotic Moon’s tattoos are currently in beta. It can be used to track children in crowded places, or for soldiers who need to have their condition monitored in detail. They could also be used for purchasing stuff online like Apple Pay.

New Deal Design: New Deal Design, the company behind wearables like Fitbit, is working on a new concept, Project Underskin, which is a ‘smart digital tattoo’ that would be used to monitor entry into the rooms, track the body with a biosensor and even exchange information via touch.

Tech Tattoos are going to become a new wearable trend in the future. They can work in complex situations as well as for home use. You could monitor your child’s temperature while they’re sick or just monitor your sleep patterns. They have the potential to become another part of life and to streamline people’s day to day interactions.