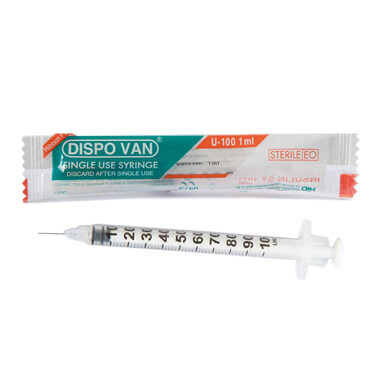 India is on its way to becoming ‘Diabetes Capital’ of the world with about 50.9 million people agonized by Diabetes and this figure will increase to about 80 million by 2025. On 25th May 2018 at 4th Medical Expo Indore, Hindustan Syringes & Medical Devices has introduced India’s first “Made in India” Dispovan Insulin Pen Needle. They are highly accurate, high-tech pen needle developed by HMD. They are of comfort design, user-friendly for better skin contact and clench, extra thin wall, multi-angled.

Also, they provide much less sorrowful experience to the user and are expected to end India’s import dependency.

About 50 million people in India suffer from type-2 diabetes and this fact in itself, is a very big challenge for the country.

Our pancreas creates a hormone namely Insulin which helps the cell to use glucose in the body. When our body isn’t able to create or use insulins properly, artificial insulins could be consumed to balance the sugar level in the body. Insulin pen needle has launched with such purpose.

The launch of ‘Dispovan Insulin Pen Needle’ also included the idea of the ongoing commitment of making healthcare inexpensive for commonality in India. Hence, Dispovan made it affordable for single use to minimize the risk of problems associated with reuse of needles such as infections, the risk of lipohypertrophy (lumpy skin), the risk of breaking off tip and probability of experiences pain due to injections.

The Becton, Dickinson and Company (BD) pen needle is priced for Rs 14 MRP whereas HMD priced their Dispovan’s pen needle for Rs 12 MRP to make it affordable for all type of consumers.

HMD was founded in 1957 with its marketing philosophy to manufacture high-tech products at affordable rates for all class of patients. Mr.Rajiv Nath, managing director of HMD is also Forum Coordinator of Association of Indian Medical Device Industry (AIMED), strongly believes and works for Make in India for Medical Devices.

Dispovan Insulin Pen Needle will bring an end to the import dependency in India as well as the monopoly of BD. It is an initiative which will help the patients get the best quality product. The best part is that they need not reuse the same needle again. Excellent feedback has been received for this innovation which brings about a competitive edge in the industry.

In HMD, during the production of pen needles, every needle is tested for defects online by a Digital Vision Camera System. Any needle which is blunt and can be painful for the patient is rejected automatically online.

To ensure easy injecting process, the surface of the needle is made slippery by coating it with dry silicone.

These pen needles come with two needle gauge options of 31G and 32G of needle length of 5mm and 4mm respectively and also, they come in two different colors purple and green for visual differentiation of needle size.