Paper diagnostics | A cheap sensor technology for screening of diseases 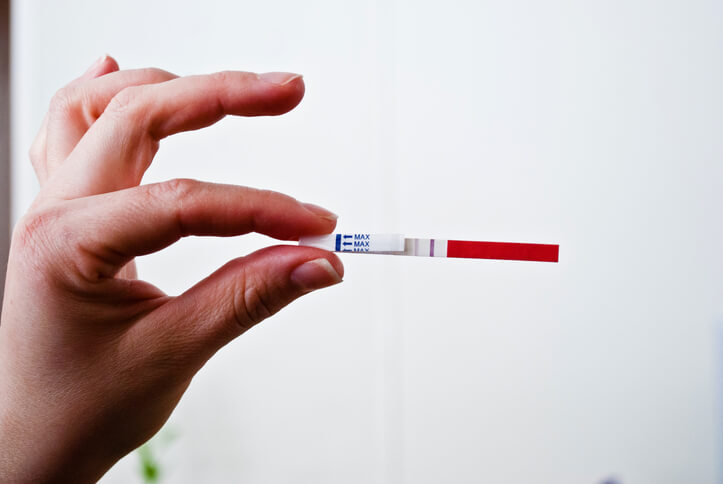 What’s the technology behind paper diagnostics?

During the last years, there have been a lot of advancements in the area of diagnostics. At first, this process is very long and even boring. After the entrance of digitalization into the field of medicine, there is a reduction of time, and even many traits can be unmasked from it. But the problem is that there are certain areas (rural) which are not digitalized to adopt these diagnostics. There is also an issue of cost perspective. To fulfil these rural circumstances, paper diagnostics comes into the picture.

A strip of paper with urine or blood from one end to the other where chemicals and antibodies in the sample interact with an appropriate reagent, creating a change in colour. The simple colour-change reaction can provide critical information that lets doctors know whether a patient is in danger. Like microfluidic chips, the paper devices can segregate, filter, concentrate and mix fluids as well as perform timed reactions and control their sequence, all by patterning networks of fluid-wicking channels on paper. Later, inkjet printers are used to lay down these features.

Unlike lateral-flow tests sold today “paper microfluidic devices can do more sophisticated tests that require many processing steps,” says Ali Yetisen, a biotechnologist, and chemical engineer, Harvard Medical School. For occurrence, they could repeat a test for accuracy or multiple diseases at a time or measure precise levels of target molecules. And, they require no sample preparation.

The main aim of this technology is to employ high-performance, cheap and disposable electronics to improve the quality of inexpensive tests. Moreover, the goal behind this technology is to provide diagnostics for all to come up with a standard footprint for a paper-based nucleic acid test in which you only turn one or two molecules to test for a distinct illness.

Is this the perfect solution for rural areas and developing countries?

When somebody with a high fever walks into a local African clinic, the diagnosis could be dirty. The symptoms could be those of dengue, West Nile disease, Ebola, flu or malaria, and blood work results from different labs, if available, often takes days. But no longer.

Now a handful of researchers is separately working on low-priced, paper-based diagnostic analyses that accurately pinpoint the cause of illness in minutes and could speed up treatment and halt its spread.

The lack of funds and commercial partners, however, means most might languish in labs.

“The only way many people will receive medical care at all is if a medical operator can ride a bike to a rural region carrying all the medical facilities they need,” says Una Ryan, CEO of Diagnostics For All (DFA), a company that’s developing single-use paper diagnostic tests. Disposable diagnostic experiments currently under development could offer medical workers and patients in rural regions more detailed health data, such as viral counts in the blood of HIV patients, without the need for costly equipment such as computers, cameras, or even cell phones. Paper is cheap, lightweight, and easy to dispose of by burning. So, using this rapid and inexpensive medical diagnostics could best suitable for the rural areas and developing countries.

Which companies & researchers are working on it?

Some organizations have already expressed interest in accommodating various applications to the new program. A strong patent with full requirements has been issued by the U.S. Patent and Trademark Office for this paper diagnostic technology, and two more are still pending.

A prototype device takes a nasal swab and, in minutes, shows a readout for pathogen DNA or RNA tore paper strips. The device performs multiple steps like breaking open cells, extracting nucleic acids and copying the strands for detection. It can be heated electrically or via hand-warmer chemistry.

What concrete problems they plan to solve?

Its principal application can be seen in Africa. Stirred by the then-ongoing Ebola outbreak in Africa, they demonstrated a proof-of-concept colour-changing diagnostic that could screen for Ebola by embedding in the paper a unique kind of synthetic biomolecular sensor devised to screen for specific RNA sequences. These RNA sequences can identify not only the genetic signatures of Ebola but also other RNA viruses containing Zika, SARS, measles, influenza, hepatitis C, and West Nile fever.

The team believed that one day, the method could be applied in the field to identify viruses with blood, urine, or saliva samples. Now, using virus recovered from cells infected in the laboratory as well as blood samples from monkeys infected with Zika virus, this technology is going to find a next-generation medical technique.

Apart from that, it can also be employed in the following areas:

The introduction of the technologically advanced paper-based sensor, 3D wax printing methods have potential advantages over conventional technologies, correlated benefits such as user-friendliness disposable nature, and low cost of fabrication are the factors associating towards the growth of this industry.

Due to its low-cost diagnostics i.e. up to as less as $1 (on bulk) and rapid screening i.e. 20 minutes (approximately), it has a lot of future in the market of developing countries and in rural areas where it is essential too.

There will be a development in the nucleic acid test for hepatitis C and HIV. Grand View Research, Inc. is expecting that global Paper Diagnostic market will reach USD 8.35 billion by 2022. There is a lack of funding in the area of tropical diseases because the return for pharmaceutical companies is small. If this problem can be solved in any way, then paper diagnostics will boom in the healthcare industry.

These Paper Diagnostic tools are cheap to make, simple to use and rugged enough for rural areas. Maybe, this is the best solution to save thousands of lives in poor parts of the world.