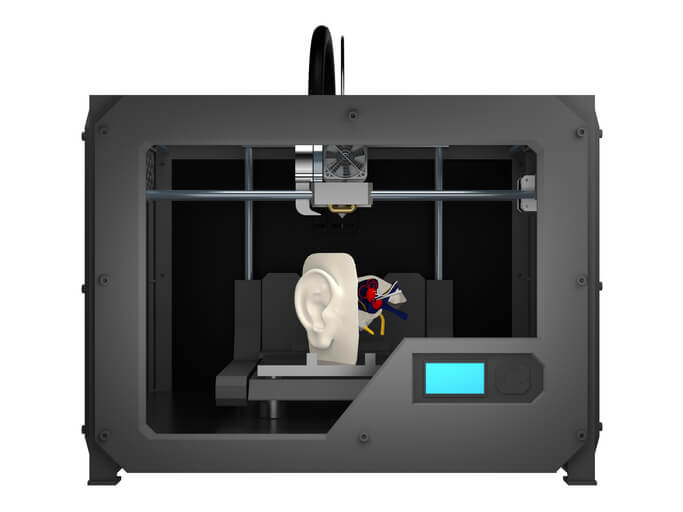 Unquestionably, one of the most exciting areas of the 3D printing space is that of bioprinting. Using layer-by-layer fabrication procedures, several companies are in the process of pushing forward a new shift within the medical transplantation, implant, and surgical spaces by exploiting 3D bioprinting.

The 3D bioprinting global market is in its developing phase and, thus, only a handful of companies have entered the market. This technology started growing in developed nations and had an opportunity to increase in developing countries too. Here, we thought it would be our privilege to underline the companies that may be about to change the future of healthcare industry.

The organization, headquartered in San Diego, California, has been at the front of research and development of 3D bioprinting for some time now. They are currently generating profits by offering pharmaceutical companies with their exVive3D™ Liver Tissue for medicine toxicity testing, and they have joined with some major companies including Merck and L’Oréal in the health space and are preparing on introducing their exVive3D™ Kidney Tissue product by 2018.

With a goal of 3D printing patches made of human tissue for defunct organs and entire organs for transplantation, Organovo has a difficult task ahead, but not impossible to pursue.

Biobots is a new startup, has recently raised over $1.25 Million USD through equity crowdfunding platform, is adopting an alternate strategy to the market. Rather than printing original tissue samples and offering those to researchers, they are putting forth reasonable desktop bioprinters to pharmaceutical companies, researchers, and whoever else needs this innovative technology.

While the printers themselves are priced inexpensively at 25,000 USD, it’s the particularly formulated bio-inks, valued at 1,000 USD per 100ml, which will be the cash machine for BioBots in the future.

Cyfuse Biomedical is another company working on a bioprinter called as Regenova. Utilizing a technique, they call Kenzan; they can print three-dimensional cell structures, for example, human tissue, using cell spheroids in little needle clusters. Every spheroid contains a huge number of cells, and once they are put in a request alongside different spheroids, they are refined and cultured, prompting to self-organization, and ultimate tissue. The firm has already raised 16.5 million USD and can print biological components such as digestive and urinary organs, cartilage, blood vessels, tubular tissues, and even functional liver.

As Russia’s major bioprinting firm, 3D Bioprinting Solutions focus to 3D print several human organs. They were recently successful in the manufacture of the first known mouse thyroid gland as a prototype, and which they have implanted into a test subject mouse. The organization now has an unbelievably aggressive course of events in which they try to build up a 3D printed kidney by 2018.

Their machine uses stem cells taken from a patient using their fat cells which are then blended with hydrogels before being printed layer-by-layer. At the point when the hydrogel breaks down, only the cells remain, forming tissue.

Canadian Company, Aspect Biosystems granted 450,000 CAD in funding by the National Research Council-Industry Research Assistance Program for the development of its Lab-on-a-Printer platform technology and related tissue 3D printing applications. The organization, established in 2013 by CEO Konrad Walus, is looking towards the drug discovery markets for incomes, as they push forward with development of their exceptional lab-on-a-printer technology.

Materialize is a Belgium-based company concentrates on software and services in the 3D printing industry with a portfolio of nearly 100 patents. In March, the company proclaimed FDA clearance for its 3D-printed patient-specific radius and ulna osteotomy guides for children which mean Materialise will be able to create patient-specific guides at a reasonable cost. Additionally, with Materialise Heart Print product, the cardiovascular anatomy as a physical 3D model can be printed for evaluating a treatment strategy.

This company is well known for its series of 3D desktop printers in South Korea. They recently proclaimed that they too would enter the 3D bioprinting space using a $3 million government grant. They are eager to develop an in-situ 3D bioprinter by next year.

They aim at doing 3D printing human skin for burn victims and those with dermatological ailments.

Stratasys works fundamentally in the health care, aviation, automobiles, and education markets. The business holds over 600 granted or pending additive manufacturing patents worldwide. Some of its essential patents are the WDM™ 3D, PolyJet™, and FDM® printing technologies, which create prototypes and fabricate products directly from 3D CAD files and other content. The company’s subsidiaries include Solidscape and MakerBot and. Recently, the company presented the J700 Dental, which is a modern dental 3D printer that can produce clear aligners for orthodontics.

MedPrin aims to become a pioneer in the field of implantable medical devices, depending on astonishing capacity to give exceptional products for the patients worldwide based on biological 3D printing technology and Nano-bionics technology. Its first product ReDura® is considered as the dura mater (ridge) membrane neighboring to patient’s autologous cells with the finest repair effect. In addition to ReDura®, MEDPRIN is doing the endeavor to develop a dozen of human tissue repair products, including female pelvic diaphragm replacement system, maxillofacial repair system and more.

3D printing has many applications in dentistry because each person’s mouth structure is unique. Formlabs is dedicated to bringing sophisticated and innovative fabrication tools to the creative minds of designers, engineers around the world.  Formlabs is in the dentistry market and with the release of their new Form 2 3D Printer which is already successfully being used in dental offices recently. They can capture the details of the patient’s teeth by 3D scanning the mouth and turn it into 3D software file for printing. At 3,500 USD, this would be quite an investment. Additionally, the print material, a liquid called resin, starts at 149 USD per one-liter cartridge.

We are living in exciting times, particularly inside the field of health care, and the stride of innovation is only going to increase. It will be fascinating to see which of these corporations dominate the competition, and which fail to make it through the bioprinting marathon, as the next several years will see the rise of quick and cheap prototypes with 3-D printing.

From the big enterprises to the startups, there are a lot of companies using 3D printers to create new products, enhance old ones, and better their business forms. As the innovation turns out to be more acknowledged in the market, it will rapidly prove to be more mainstream and popular.