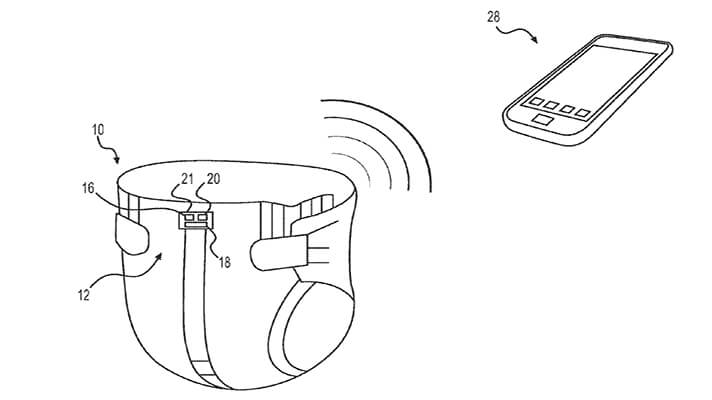 Verily Life Sciences has filed a patent application for a “smart diaper” carrying a sensor for detecting and differentiating between faeces and urine.

Verily life sciences are well known for developing smart diapers in Singapore. These will really help mothers who use diapers on their children to be able to know when to change them. The diapers have been installed with waste sensors where they can take a colour-sensing strip. The gadget will be connected to another device where it will sound the alarm. The gadget can also keep records of the day’s event.

Verily wants to take this innovation a notch higher having that there are other companies that have come up with something similar but most of them lack convenient. Verily is working hard to ensure that the high tech diaper will flush the competition.

These elements will have fibre where it can be used to measure conductivity in different areas. One will be able to know whether it’s faeces or either urine.

In October 2016, the company recently filed for patent application, which is being spotted by Jenny Morber. The US Patent and Trademark Office published the patent application on April 19, 2018. As per a report, a patent has not yet been granted.

Verily has also ensured the users that the sensors can be linked and reused where they require to be attached in front of the diaper. Either the signals can be relayed through Wi-Fi, Bluetooth, Z-wave or other forms of communication that are compatible. After the signal is transmitted, the caregiver will be alerted through either a smartwatch or smartphone.

These diaper’s sensor will act as a reliever to mothers because the kids will not suffer from rashes again due to unchanged wet diapers. These sensors will also be used on adult diapers to lower the risk of sick adults being burnt by the urine.

The patent wireless smart diapers are proving to be helpful to new parents. The circuitry that is placed in front of the diaper will also sense the temperature and accelerometer.

Parents will have the convenience of being notified earlier enough so that they can have adequate time to organize on where to change the baby. They are hoping that they will release a load of work to mother and caregivers because they don’t have to keep on checking whether the diaper is soiled or not. This patent-pending idea is what verily is looking forward to shaking the market with.

According to the report, it is said, “Transmitter may be any suitable transmitter configured to wirelessly transmit a signal or a plurality of signals to a remote device (e.g., a smartphone, a smartwatch, a computer, etc.) using one or more wireless communication methods. These one signals are transmitted be transmitter may be received by a remote device or another device, which may be recorded and the event(s) (e.g., defecation and/urination) may be catalogued.”

The patent will surely take technology to a higher level and in a smart way.

It will be convenient because a caregiver will not have to wake the baby to change them but can give himself or herself time if the baby has been sleeping for long.

You do not have to wait for the baby to cry or feel the smell of the poop so that you change them. The diaper is well designed with the transmitter, power source, and control circuit so that you can take the full control. The conductivity measures will show where the baby is depositing liquids or solids where it will range between 102 and 108. Smart diapers are the way to go for the smart babies or mothers.