US Army leverages wearable sensors and mHealth for emergency medicine 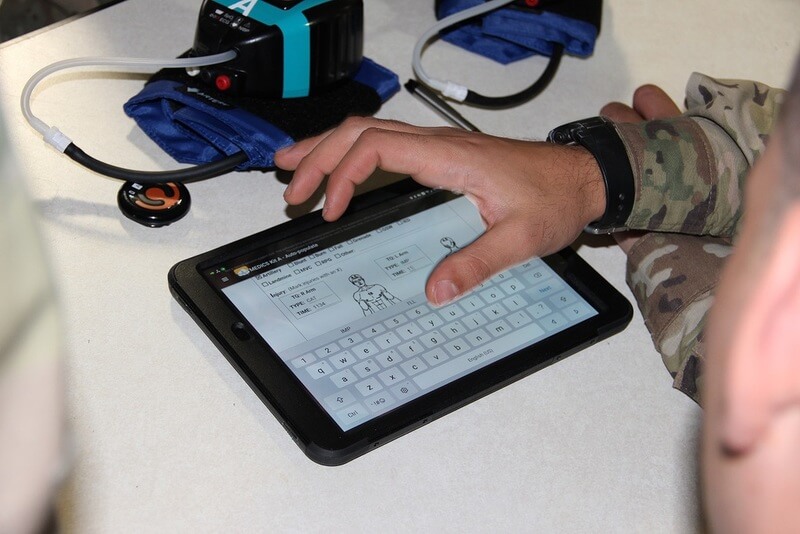 US Army leverages wearable sensors and mHealth for emergency medicine

MEDHUB takes an initiative to bring a change in the digital healthcare sector by bringing in a technology that collects and stores patients related data automatically, ensuring an effective treatment in the times of crisis.

The US army has come up with technology that quickens the process of communication when there are a large number of causalities in medical emergency situations. This was signed up for testing units at the 44th Medical Brigade and Womack Army Medical Center at Fort Bragg, North Carolina.

The Medical Hands-free Unified Broadcast, or MEDHUB, initiative leverages wearable sensors and mobile health technologies that have gained clearance from the US Food and Drug Administration department. This initiative will make communications easier between the patients, medics on the field and the receiving field hospitals.

The technology collects a lot of information automatically, stores and transmits patient data from the device to the receiving hospitals so that they know the number of patients, what they are affected with and prepare themselves for giving appropriate treatment.

This is very useful in times of medical evacuation emergencies.

Maj. Rosie Bennett, the chief nurse at the Department of Emergency Medicine at Womack Army Medical Center, said in a statement that even civilian emergency medical crews are using technology via phone applications to alert of incoming patients. She also said that these apps have tight security with their networks and so are not really reasonable to use.

These types of technology are based on Real-time physiological status monitoring, which is not new to a country like the US. It has already been used by athletes on various occasions to monitor their heart rate. This has improved in volume and has now been applied by the soldiers in the army. The advances in this field have also cost a lot and have become rather expensive.

Assuming ourselves to be medicos on the battlefield, we may try to save the lives of those who were wounded in the battle by taking them to a nearby field hospital which is going to have no idea of how many patients that we are bringing or about their condition.

He said that it was imperative for medicos to be focused on saving lives rather than on documentation and reporting.

MEDHUB project began as a way to address issues reported by military medics who needed a better way to communicate. Practically, the medics had to look for multiple patients and with a restricted bandwidth to inform beforehand to hospitals and allow them the information about patients en-route.

This was a major drawback. So they aimed to focus on faster communication channels that can prepare the field hospitals to receive patients by conveying their details en-route to the hospital. This would ensure that a lot of patients are treated to and more life-saving emergencies can be handled at the same time.

According to Wang, people didn’t believe that a technology like this was possible in an operational environment about a year back or so. But now, due to the success of this system, MEDHUB is currently looking for more testing interested testing units.