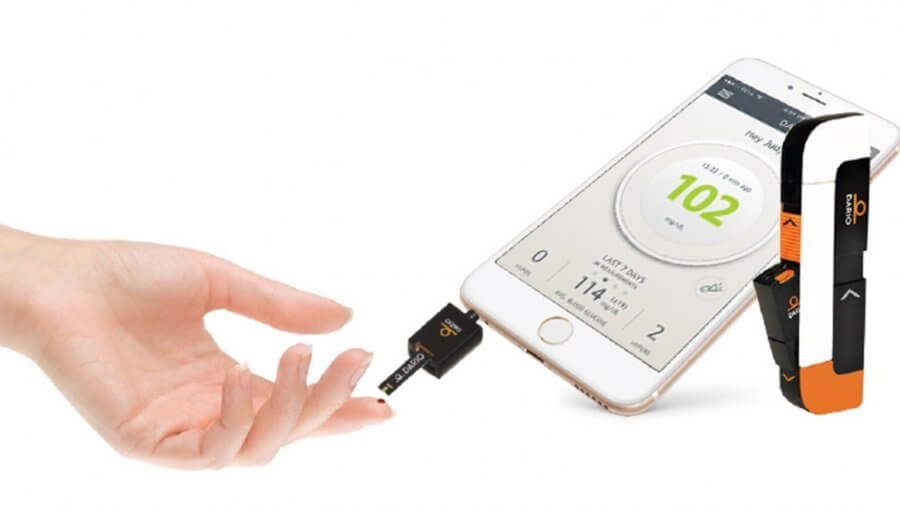 Israeli digital health startup DarioHealth has received approval for including the Dario Blood Glucose Monitoring System in iPhone 7,8 and X in the US.

With the sweeping design changes in iPhones that now come with lightning connectors instead of the traditional headphone jack, many smartphone peripherals and the Dario Smart Blood Glucose Monitoring system, in particular, have had to adapt to the new connection type.

DarioHealth has now received 510(k) clearance from the FDA that will enable it to make its popular monitoring device available to users of the latest iPhones in the market.

The 510(k) premarket notification will let DarioHealth offer its device either with a 3.5mm headphone jack for use in older iPhone since the iPhone 6.1 and other Android smartphones or with a lightning connector.

This step will allow past users who have upgraded to the latest iPhones to continue using Dario.

The 510(k) premarket notification is submitted to the FDA to inform them that the device that will be marketed is at least as effective and safe as a device that is already in the market.

DarioHealth is an Israeli digital health company that launched a compact and convenient glucose monitoring system that would help diabetics with self-diabetes management without having to visit a clinic. The Dario Smart device has been available in the US since 2015.

The device consists of a removable cartridge containing testing strips, and a lancing tip that can be used to draw blood. When a strip is placed in the device and blood is applied, the device displays the blood glucose level in a few seconds.

The entire system is about the size of a lipstick and plugs into the iPhone’s headphone jack when the user wants to run a test. The user can also manually input other data such as insulin dosage, tagging and activity.

The device also lets the user share the BG values via Facebook, Email or text along with a link to the app. If BG values reach hypo levels, a contact selected by the user will be notified, as long as the phones GPS is turned on. This is a feature that differentiates the DarioSmart device from many others in the market. Among other modular blood glucose meters in the US market at the moment are the iHealth wireless smart glucose meter which plugs into an iPhone or Android phone as well.

According to Erez Raphael, CEO, DarioSmart had tens of thousands of users before the FDA approval. It is expected that diabetics will are iPhone 7,8 and X users will try the device.

DarioSmart aims to be like Fitbit, which has become a lifestyle product rather than simply a pedometer. But Fitbit runs on Bluetooth.

Raphael said, “For our solution, it was very important that our meter would not be functioning as a standalone, but would be an extension to the smartphone in order to do everything in the smartphone.”

Being able to connect the device to the phone means that the user can store data quicker and slow more data.

Digital medical devices like the DarioSmart are transforming healthcare by enabling self-management. There are several other phone-operated medical devices available in the market. These include Cue, a device that lets you test blood and saliva, Clinicloud, an infrared thermometer, and Nima, a device that allows you to test for food allergies.