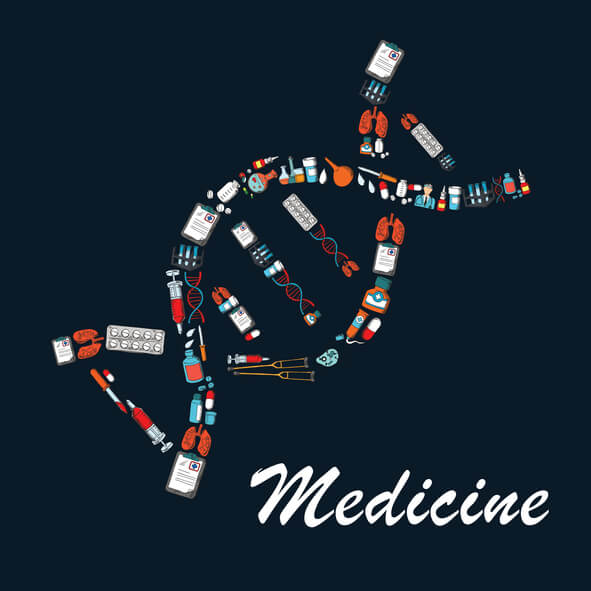 When we create a computer program, sometimes bugs occur. Developers have to locate the bugs in the source code and implement a fix to get that program running smoothly again. Scientists believe our DNA is the ‘source code’ of humans. Can they now fix our diseases (bugs) by implementing a similar patch using Gene Therapy? All signs say yes.

Gene Therapy is the introduction of new DNA into a patient to treat and cure diseases. This new DNA or gene’s sole purpose is to correct diseases which are often genetic mutations. Cancers, muscular diseases and rare mutations can be treated. The applications seem to be far-reaching.

Many see it as “Playing God.” Editing eggs using gene therapy is outlawed in most developed countries around the world.

There are two methods to administer gene therapy and a few gene therapy techniques. The two methods of application In Vivo and and Ex Vivo. In Vivo is a direct delivery of genes into the patient cells. Ex Vivo is the removal of genes to ‘cultured cells,’ treated and reinserted back into the body. In Vivo involves a direct application of the gene into the desired cells of the patient. In Vivo has been used to treat cystic fibrosis for example.

Genes cannot be directly inserted into the cells they are needed. They need a carrier or ‘vector. These are either viral vectors or no viral vectors such as a plasmid. So what are the techniques to apply gene therapy to a patient?

Gene Therapy is showing some amazing possibilities. A young boy was cured of sickle-cell, using gene therapy. Gene Therapy by Luxturna has improved the vision of Allison Corona and several others. New Skin was created with gene therapy. Athletes are also looking at gene therapy to improve muscle performance, coined ‘gene doping’. 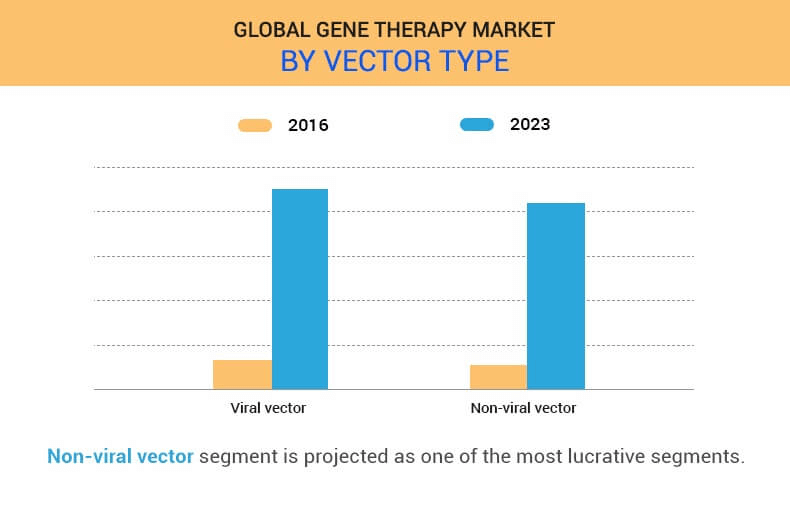 The gene therapy market is massive. It is estimated to reach $4,402 million by 2023, with an expected CAGR of 33.3%. Oncological Issues lead the way for gene therapy demand. As cancer increases in frequency, government support and worldwide knowledge of gene therapy as a solution, the market cap is expected to be positively impacted. The number of gene therapy companies and biotech startups are vast.

None bigger than Novartis with its vast investments in gene therapy. With a 170 million investment in Spark for its gene therapy research and an 8.7 billion acquisition of gene therapy company AveXis, Novartis shows no signs of slowing. Other big players like Moderna Therapeutics, Editas Medicine with the now famous CRISPR gene editing tool, Autolus, Freeline, and Translate Bio have a combined total of 2.3 Billion in Funding.

Top players working in the field of gene therapy

There are several startups, established corporations and institutions in the gene therapy space.

Spark Therapeutics: Created in 2013 have used gene therapy to target specific genetic diseases. One of their biggest breakthroughs is the creation of Luxterna, a virus that carrying a healthy gene into a patient’s eye and resolving hereditary blindness.

Editas Medicine: They are leading the way in gene editing and has built a program for the famous CRISPR, a tool that can execute the concepts of gene therapy with improved accuracy. Editas research covers bone marrow, organs, tissue and vision.

BlueBird Bio: is heading research and application of gene therapy for the fight against cancer, and sickle cell. Avexis, one of the largest gene therapy organisations in the world, has done extensive work in using gene therapy to resolve Spinal muscular atrophy in infants.

Freeline Therapeutics: is a UK based biopharmaceutical company creating gene therapy to specifically resolve diseases of the liver and haemophilia.

Gene Therapy is transforming healthcare. Cures for diseases like cancer, HIV, Parkinson’s and even blindness look a possibility. Many see gene therapy as a slippery slope. It is a valid concern. In theory, germline therapy is possible. Will we see permanent changes being made at the embryologic development stage?

If this happens, many believe we will be “playing God.” Germline therapy continues to be outlawed in most countries of the world. Despite these concerns, the advantages outweigh the disadvantages.

A 4 billion dollar market cap is evidence of this. There will soon be no limit on what we can attempt to cure with gene therapy. There are still some challenges. For example, finding a permanent gene therapy cure. Cells in the human body die and are replaced with new cells. The gene-therapy-treated cells can die and be replaced with the previous ailment.

Until that is resolved, gene therapy may mean continuous treatment over one’s lifetime. Another concern is the side effects of introducing foreign genes in the human body over time. Can another gene react negatively, creating a new problem? Overall, humankind will push forward with making ourselves a smooth running program with the ethical, effective use of gene therapy.