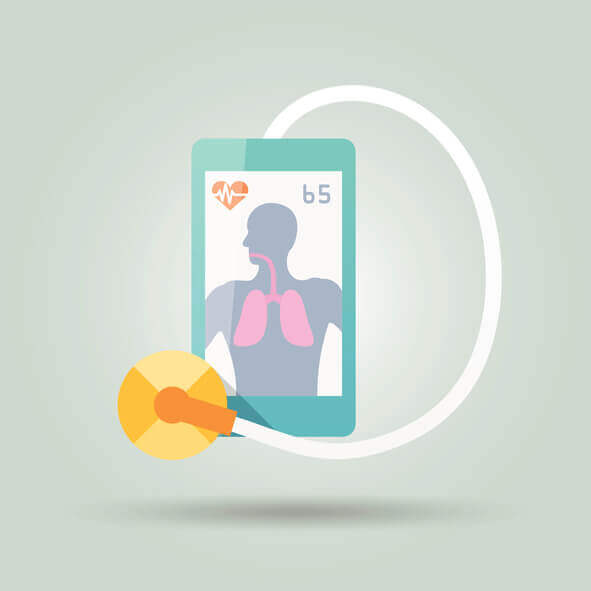 Medical studies and clinical trials are methods of researching medicine. They involve testing or experimenting drugs and treatment approaches for various illnesses. These studies and trials are critical in ensuring that drugs and treatment approaches are safe and effective for the people. Studies may entail observing people in a natural setting while trials include tests in a controlled environment.

The health sector is rapidly incorporating digitization because of its efficiency and impact on healthcare. Before embracing or endorsing this form of technology, clinical trials, and studies out to be conducted. Any medical inventions involving digitalization ought to go through trials and medical studies to ensure it is valuable to patients. These studies and trials also reveal challenges or limitations of digital healthcare.

Medicine has come a long way and developed through traditional methods of medical studies. Despite the progress, these traditional methods have several challenges that hindered the accuracy of the results from the studies. Patient recruitment is one of the major problems affecting conventional methods of research. The recruitment process entails bias towards gender, race, geography, and ethnicity. This bias skews results and researchers end up making different deductions.

Other challenges include high costs of conducting clinical trials and studies. In the United States, health economists in 2003 estimated the average cost of introducing a new drug to a market as US$802 million. A fact, in which some recent estimates indicate that development and typical research costs are between the range of. Researchers needed funds for logistics and other issues as well. Interference of any form is also another problem, which highly affects the results of the studies or trials.

Introducing smartphones has played a critical role in reducing the challenges of traditional methods of medical studies.

Smart phones are being used to enhance the patient recruitment process, data collection and better connections for caregiving, coordinating trials and patient safety. These improvements ensure the accuracy of results and findings from the studies.

In particular, mobile phones are mitigating challenges such as bias during the patient recruitment process. All patients across the demographics are impartially selected. Mobile phones will be collecting real-time data that shows progress or problems of the study. If the study is detrimental, it will be halted immediately to prevent further harm. In such a case the mobile devices play a critical role in monitoring the study.

A successful study requires participative patients and compliance with the requirements of the study. Mobile devices are suitable for coordinating activities of the patients involved in the study. Researchers use these devices to communicate and ensure that every patient is following instruction.

The Apple Company collaborated with Stanford Medicine to conduct a medical study in heart studies. The research aims at studying irregular heart rhythms through an app. The study invites all participants in America to benefit from the results. Monitoring the pulse rate and rhythm will enable people to detect heart anomalies in good time and treat them.

The application was developed using Apple Research Kit wherein the participants can continuously document their symptoms in a personal health story for their healthcare providers to analyse to improve medications and therapy.

Another Successful research was a weight reduction and maintenance study using smartphones. This study was conducted with the view of ascertaining how useful a specific smartphone app would be in the reduction of the weight of obese or overweight persons. The data used was gotten from the logging and Clinical data of Noom Coach App users between the period of October 2012 to April 2014. A total number of 35,921 people were considered in the study, of this number, about 77.9% of them reported a drop in their body weight while making use of the app.

What the study went on to prove is the fact that an app for the can be used to reduce the weight of a majority of the users. The study concluded by saying that there was a better weight loss result among those who ensured that they monitor their health as well as diet a lot more frequently.

Apple launched a watch that utilizes LED lights to detect the blood flow on the wrist. The watch has a sensor that gathers signals from four particular points on the wrist. That is how the study collects data from people with irregular heart rhythms. Apple is encouraging Americans to participate in this study and save their lives.

All they need is an app and a wearable, which in this case is a watch. The company has received overwhelming appreciation from participating in the study. They testified how the wearable saved their life by detecting problems that could not have been quickly discovered. For instance, AFib is a common cause of stroke, and it causes about 130,000 and 750,000 people, who are hospitalized every year.

AFib does not have symptoms, and hence, it is impractical to detect it without monitoring. The Apple Heart Study had assisted many AFib patients to seek medical intervention before it deteriorated their health. The Apple Watch and other wearables are ushering in a new age of proactivity among people as opposed to reactivity after a health incident has occurred. His study is also benefiting other doctors and healthcare professionals around the world.

They are utilizing the data and information to learn more about the heart and its well being. Additionally, these medical professionals are using Apple Watch and other wearables from different companies to conduct their clinical studies. Among the studies done are autism and Parkinson’s disease. The discoveries deduced from these studies were at a scale that has never been witnessed before.

The future of clinical trials is mobile

A study conducted in 2015 revealed that Apple iTunes and Google Play Store has over 165,000 apps related to health. And more than half of a billion have downloaded or used at least one application available there. This is a clear indication that Smartphones and other mobile devices are the future of medicine. The apps and mobile devices are a platform where medical professionals can gather critical data and information on health. They could also share this information and exchange ideas on how to resolve common problems in the healthcare sector.

Medical researchers no longer need to bring together patients for a clinical trial. Through mobile devices, they can have access to data on a real-time basis. All that researchers need to do is coordinate the participants and maintain communication.

Samsung has a similar program going on. The Remote Maintenance System is a program that is connected to specific equipment and wearables that send warnings to the system on a real-time basis. Samsung has the Gear S, which is a smartwatch that is mainly used for clinical trials. The Samsung Galaxy S6 is also favorable for entering patient data on symptoms and medications.

The future holds more inventions and methods of advancing healthcare and service delivery. Clinical trials and medical studies are essential because they uncover new and improved treatment methods and medications. Further research is necessary for developing these methods and propelling healthcare.

In the past organizations and medical institutions have spent a lot of funds on clinical trials and studies. Today, mobile devices have reduced these costs and improved the results. This accomplishment encourages researchers to conduct more studies, primarily in areas that do not receive sufficient attention.