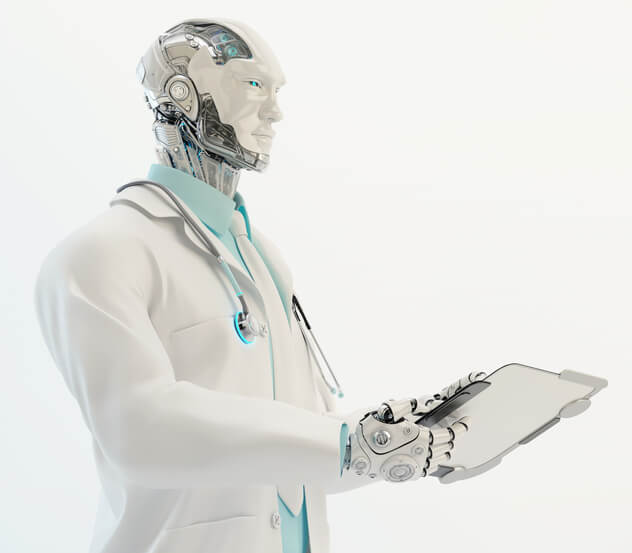 The growing market of Theranostic implants

What if there was a device which is capable of diagnosing an ailment and administering a specialized treatment or therapy almost immediately? What if that same device can administer a drug or therapy and provide feedback on its efficacy on an individual basis? This is the concept of Theranostics. A continuous loop of diagnostics and therapeutics; like a pilot receiving information from his instruments, diagnosing the problem and correcting course. Theranostic implants are the very devices being created and conceptualized to execute this ground-breaking feat.

In other words, they are medical devices of varying sizes implanted into the body to diagnose and treat illnesses and record data simultaneously. It takes into account each patient’s biology and behaves accordingly.

Nanoscience and nanotechnology lead the way in bringing Theranostic Implants to life. These nanodevices can process, carry data and medicine/treatments, record and analyze the patient’s condition. It can send the information to an external device, which can then instruct the device on the degree or type of treatment needed.

Since nanotechnology is created to send and receive information on a very small scale (nanometers), it is wise to use it as a building block to create small and large devices to implant into the body to treat ailments at the source. At times, drugs are administered with a broad brush. Though it treats with the disease, it may have long-term effects on other parts of the patient. Theranostic Implants may be able to circumvent this.

Prosthetics: Theranostic implants are being conceptualized, created and tested as a long-term replacement for hip and knee and other prosthetics. Conventional hip and knee replacement surgeries are costly, difficult to monitor progress, and require replacement every ten years due to its inability to adjust to changes in the body.

A theranostic implant can analyze the state of the hip/knee, provide feedback to physicians and can be adjusted remotely to fit the current size and state of the affected area.

Neurological: Through a localized Theranostic Implant, neurological issues such as brain tumours can be assessed and the necessary drug can be administered over a period in the right dose. This can dramatically increase the success rate of treating these tumours, though many of the implant concepts are still in the works.

Cancer: Theranostic implants are being researched and developed to treat other forms of cancer. Implants at the source of breast cancer can help administer the required antibodies needed to fight a tumour, for example. Organizations like Theranostics Australia continue to develop treatments for Advanced Prostate Cancer and Thyroid Cancer.

Cardiovascular: The possibility of an implant to continually monitor blood pressure and temperature for persons with hypertension can save countless lives. The current method requires intensive room care and is short term due to the dangers of monitoring blood pressure long term. A Theranostic Implant will be able to send doctor information so the right decisions can be made on the patient’s health, saving countless lives.

The market for Theranostic and Theranostic Implants led by Nanotechnology is increasing rapidly. For example, it was more than $187 billion in 2017, with a CAGR of 10.8%.

There are several companies worldwide working in Theranostics and Theranostic implants, including Pfizer, Myriad, Prometheus, Alcaris Theranostics, Lodos Theranostics in Germany and ONCO DNA in Belgium. They are creating nanocarriers for prostate cancer, brain tumours, breast cancer, and prosthetics.

The University of Strasbourg Biomaterials and Bioengineering Unit has Theranostic biological nanoparticles as one of their four areas of research. Sandia National Laboratories is another research institution that has made headway into the technology behind Theranostic implants. They have created nano-materials that are multipurpose and made of Metal-Organic Frameworks (MOF). Their characteristics make them suitable for Theranostic implants though they are still in the prototype phase.

The concept of Theranostics, a combination of the diagnostic and therapeutic application has been used and applied for many years in the health sector, though still in its infancy. The next step, using technology to create Theranostic Implants, continue to be pioneered and developed by the greatest minds of our time.

The idea is that Theranostic implants will be able to treat cancer at a molecular level, continually monitor cardiovascular issues, and make prosthetics more responsive to the user.

Theranostic applications have many advantages. It’s biggest advantage is its ability to provide specialized care to patients, especially with respect to cancer treatment. Another advantage of theranostics is a more granular approach to monitoring following the treatment. Scientists continue to work on some of the implants disadvantages such as long-term stability and finding innovative ways to make them even smaller.

The Theranostic Nanomaterial market has spiked between 2012 and 2017. The growth is expected to stay steady at 10% CAGR, as the cost to research and develop decreases. A future where theranostic implants are available for all is on the horizon.